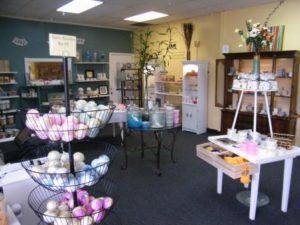 The hustle of life keeps people on the go from one commitment to the next, leaving little time for self-care. Donna Ferguson is hoping her products will offer some relief, albeit brief, from all those responsibilities.

The Maryland native first started making and selling spa-like products out of her home nine years ago. Ferguson, owner of SALT—Soak Away Life Troubles—sought to give busy customers a way to take a time out from their day. She sells handmade items online and at a brick and mortar location in Jacksonville, NC, where she moved when her husband, a United States Marine, was stationed there in 2007. By 2014, she expanded her virtual business to include a physical location and she has been a one-woman show ever since.

“I was sitting at the dinner table when I thought, I’m doing this. I always had the bug in me, so I literally jumped in,” Ferguson said. “I didn’t know what I was doing. It didn’t dawn on me until after I was in here and all the adrenaline had subsided, I was like, ‘Oh, my gosh.’ I got to keep books… and I didn’t know how to keep a budget as far as projections, so I spent my budget for three years in probably less than six months.”

With no formal business training, Ferguson relied on her own research and resources from the local community college. As many owners can relate to, she does everything from the accounting and marketing to the inventory and budgeting. The learning curve has been challenging at times, but she looks forward to walking through those doors she built every single day.

END_OF_DOCUMENT_TOKEN_TO_BE_REPLACED 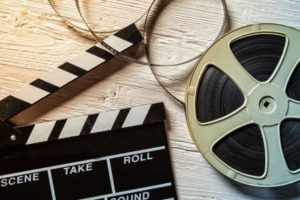 Social media is always changing. Whether you are a blogger, a brand, or a small business, it can be hard to keep up with what’s trending. Just when you feel like you’ve got algorithms down, they change. There is, however, one thing that has been on the rise, and isn’t going anywhere: video.

Video is a key factor in engagement, as seen by every social media platform that isn’t just video—like Snapchat—adding such features to their options. Who remembers that brief second in time everyone made fun of Instagram for launching their Instagram Stories feature? Everyone did, and they made videos about it, too. It was only a matter of time before Facebook rolled out the same thing. Video is king. So how do you do it right?

How you put together your videos depends on the goal of your video and who you are. Bloggers will create videos differently than a brand, but there are some intersections.
END_OF_DOCUMENT_TOKEN_TO_BE_REPLACED

Connect with Your Audience—The Right Way 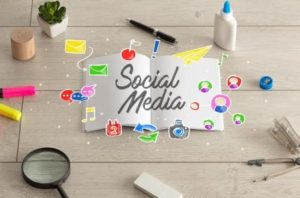 If you’ve been online for more than two seconds, you’ve already seen the good, bad, and ugly of the interwebs. Everybody has something to say, and it’s not always pretty. As a business with a social media presence, you have no doubt already been thrown into this fray or will find yourself there soon. So how do you deal with the chatter?

Listen. You shouldn’t be the only one talking here. Your social media channels aren’t a commercial, or at least they shouldn’t be. What do folks have to say about you/your brand? If you don’t yet know the answer to this, you’ve just determined your first actionable item. Read your reviews. Set up Google Alerts for your brand. Follow your own social media channels. You can’t guide the talk about your brand if it’s happening off your radar.

Expect to make people unhappy and have a plan in place to address critiques and concerns. What your mama said is true: You’re not going to please 100% of people 100% of the time. Having a plan for what to do when this proves to be the case means you’re not responding in a reactive way.

Remember you have an audience. This isn’t between you and one unhappy customer. This is between you, them, and, well, anyone with an internet connection. And they’re paying attention to more than the negative comment. They’re watching YOU. How quickly and how do you respond? And they’re going to observe the outcome, too.

END_OF_DOCUMENT_TOKEN_TO_BE_REPLACED

“It was an absolute pleasure working with Powerhouse Planning. Beautiful graphic design, a keen eye for detail, and an incredibly responsive team that turned around gorgeous deliverables. I can’t recommend them highly enough!” – Randi Cairns, Founder and CEO, Randi Cairns Consulting

Interested in learning how we can help your company grow in regards to a marketing rebrand? Email us at admin@powerhouseplanning.com. We’d love to be on your team!

One of the most unattractive sides to business is the financial side. Whether you are freelancing and billing clients individually or managing inventory and commission, there are some challenges that come with money. The following resources can help make keeping track of income and expenses, as well as invoicing, a lot easier. In turn, when tax time arrives, things are less stressful overall.

Expensify: For the business owner who deals with expense reports on a regular basis, Expensify may be the right tool. Utilizing smart scan technology, receipts can be filed away after a simple picture is taken using the app. The program can also import expenses directly from bank accounts or credit cards. It is free for individual users, and the cost increases slightly when you add a team or your entire company to it.

TaxBot: Transporting technology has gotten easier with smart phones and data plans, so for someone who travels frequently or needs to log miles for their business, TaxBot is a great option. As its name suggests, TaxBot helps users document their tax deductions by keeping track of income and expenses. It works for multiple businesses, stores photos of receipts, and keeps data for several years, even if you don’t continue to use the program.

QuickBooks: QuickBooks for Small Business is a trusted accounting software. With multiple options for small business owners, and one for those who are self-employed, the program covers all needs. All of their plans include the integration of bank accounts and use of mobile apps. Those who are using the self-employed software can track miles, send invoices, and estimate quarterly taxes. The Small Business Plus option is great for multiple users, allowing them to manage bills, track time and inventory, and even track 1099 payments.

TIP: Keeping solid and detailed records of your business transactions is necessary, but doesn’t have to be tedious. 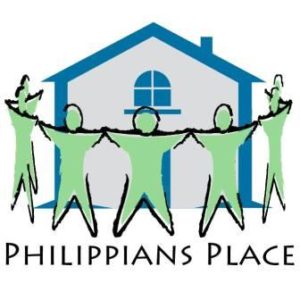 When a military spouse sets her mind on something, it gets done.

Five years ago, Lenize Patton, a high school educator, and her Marine husband bought rental property with the intention of supporting women who were transitioning from a local shelter in Jacksonville, NC.

“In 2012, I learned that there were 376 homeless children in Onslow County, and I just couldn’t get it out of my head,” Patton said.

With biblical motivation and a huge heart, she watched her ideas change into what she feels was God’s plan from the beginning. Now, as a nonprofit, Philippians Place provides a six-month transitional housing program “with the intention to end the cycle of homelessness forever,” Patton added.

From MilSpouse to Executive Director

Patton, who is a mother, is also a native of the local area she serves. As a military brat, her father was stationed in North Carolina most of his career. Being active in the military community came with its own challenges for her, especially as an introvert.

“I learned to adjust by making myself get involved in organizations that interested me at the time,” she said. “Now that I’m an executive director of a nonprofit, I’ve had to use those same skills by seeking and working with other organizations.”

She credits her flexibility when working for Philippians Place to lessons learned as a military spouse.

“Things can change in a moment’s notice in the nonprofit world, especially when working with volunteers, non-paid staff, and clients. The military life has taught me to adapt to things that don’t go as planned,” Patton explained.
END_OF_DOCUMENT_TOKEN_TO_BE_REPLACED