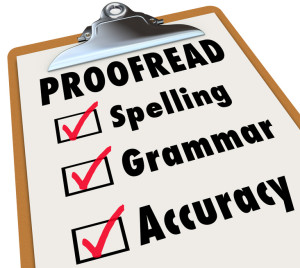 As promised in the last issue of PowerTips, we’ve got another installment of common grammar mistakes. This time we’ll look at a few commonly confused words.

Confusion of the words then and than is more common than one might think. See what I did there? Throwing the example in there right off the bat!

Than is used in comparison. Tonight’s sunset was prettier than last night’s. The black diamond trails are much more intimidating than the bunny slope.

Then indicates time. Frequently then is used to describe something happening after something else. We went and grabbed some takeout, then went to the beach to watch the sun set. Or, First, we need to rent skis, then we can hit the slopes. Alternatively, it can be used to hearken back to an earlier time. Back then, stamps cost just a dime.

The word then is also used to introduce consequence, or describe a result. If you hadn’t run the red light, then you wouldn’t have such a large repair bill.

Have you had trouble with this one?

Affect is almost always used as a verb, while effect is most often used as a noun. How will the rain affect our plans for this weekend? We won’t know the full effect of the storm until daylight. Notice I said “almost always.” It wouldn’t be English without exceptions! Affect is also, sometimes, used as a noun. In that case, it generally means a display of emotion. Her affect was one of calm, despite the storm brewing just under the surface. Likewise, effect can be used as a verb, to mean “to bring about.” One of the more common uses of effect as a verb is the phrase effect change.

We hope this clears up some confusion over these commonly confused words. Is there something grammatical that gets you every time – that you’d like to have explained here in PowerTips? Let us know! Email us at admin@powerhouseplanning.com.