How to Hop on the Awareness Campaign Train Without Getting Derailed 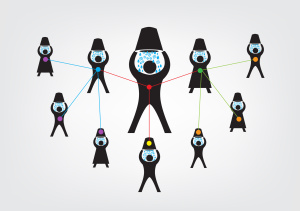 The storm of social awareness that is moved across the internet from the ALS Ice Bucket Challenge (http://www.alsa.org/fight-als/ice-bucket-challenge.html) is a perfect example of how businesses and people can harness the power of social media to do good in the world. It is also proof that social campaigns can raise a significant amount of money for a cause that would not normally garner a lot of attention from the media. ALS only affects two out of 100,000 people and in the United States it is estimated that only 30,000 Americans may have the disease at any given time–so it’s not as common as Alzheimer’s disease and cancer, but it is a very painful and deadly disease that can strike anyone. The facts of the disease (http://www.alsa.org/about-als/facts-you-should-know.html) are enough to make anyone’s ears perk up. Because of this ice bucket challenge I have learned that a client who I see at my gym running with his hands down alongside his body has ALS. Now that I am aware of his battle, I have so much respect for how he has chosen to fight his fight and his strength, and I go out of my way to give him words of encouragement when I can. Recently, I have seen more kids take on the ALS Ice Bucket Challenge while their parents donate and it’s become a fun way for them to learn how to incorporate philanthropy into their lives. I’m sure kids are going to be talking about this in school hallways, so wouldn’t it be really wonderful if schools could figure out a way to use this as a good lesson for students on how they can make a difference in the world using social media, and not just use it to demonstrate a funny stunt? When news headlines become exceptionally grim, it helps everyone’s moods to focus our energy on people doing good things in the world. I don’t think it’s about turning a blind eye to news headlines, but this type of social campaign is about inspiring people on a grassroots level to focus energy on causes they can do something about – no matter where they live and no matter who they are. Since hashtags became clickable in 2009, brands and consumers have used them to start, track, and follow conversations on Twitter and now other social media channels. As popularity grew, hashtag campaigns were born. Notice how hashtags are featured on advertisements, websites, TV shows, soda cups, conferences, and in sports commentary? It’s really interesting to examine hashtag campaigns that harness grassroots advocacy and social media in the political arena to keep politicians’ attention on certain issues. You might remember the #KeepYourPromise (https://www.facebook.com/pages/KeepYourPromise/551621371594210) campaign in 2013 that gained traction after The Bipartisan Budget Act of 2013 stripped away the Military Retirement Cost of Living Allowance without warning. Legislators promised to “fix it” in 2014 and to keep them honest, a group of military spouses and veterans formed an informal Alliance to open politicians’ ears to the millions of veterans’ voices and remind them we are paying attention to their vote. The campaign garnered tens of thousands of online participants, leading to more than 157 million timeline hits on Twitter, and hundreds of thousands of individual calls and letters to legislators. In two months and with no money spent, the Keep Your Promise Alliance won and Congress voted to overturn the cuts. What should your organization focus on before determining if a campaign will work for you?