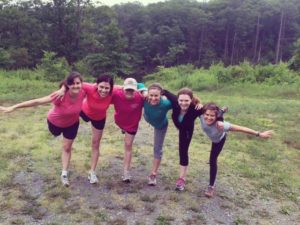 During the spring of 2013 in Bamberg, Germany, five military spouses took a leap toward their dream of making a difference in the spouse community.

With decades of combined first-hand experience, they knew how the burdens of military life can weigh on spouses, causing them to put fitness and self-care on the back burner. With obesity and diseases such as cancer, heart disease, and type 2 diabetes on the rise, these five women were determined to make a change. They devised the InDependent project to inspire military spouses to take charge of their health.

InDependent connects military spouses to local health and wellness resources while lending support in their journeys. The program provides a wellness blog, community ambassadors, virtual programs and events, fitness and health-related resources, and a weekly e-newsletter to military spouses from all branches of the Armed Forces.

To date, InDependent has partnered with over 50 military spouse contributors who provide related blog content and runs more than 15 installation-based community groups, averaging 140 people per group. It has also established a strong social media base, reaching over 2,500 military spouses worldwide with its private Facebook support group and ambassador-run community pages reaching over 1,000 followers.

In October 2015, InDependent hosted the first Military Spouse Wellness Summit, a one-week virtual event in which national health and wellness experts presented on topics related to military life. This program reached 2,060 military spouses all over the world.

InDependent has also launched The MilSpo’s Guide to Self-Care, a year-long program in which a new wellness topic is led by an expert every month and includes an audio/video lesson, accompanying book club, live virtual office hours with the month’s expert, and virtual or in-person support through community groups. Since January 2016, this program has obtained 411 registrants.

The programs do not stop there. Independent Creative Director and Co-Founder Leslie Brians discussed a research program in the works with Kansas State University to help analyze the effect of an in-person support system on military spouses in achieving their wellness goals. The 10-week program, called “InDependent but not Alone” is being piloted at Ft. Riley and aims to give 100 military spouses an in-person support group for nutritional, physical, and emotional health.

Brians summed up the overarching goal of InDependent in one word: support. “Military life isn’t easy, and the first thing that goes is care for ourselves. But the result is that when we neglect our health, we get burnt out and beat down, and it actually can affect the health of the entire military family unit. We want to provide a support system […] to help spouses become the best version of themselves.”

If you are a military spouse and would like to join one of InDependent’s communities, visit www.in-dependent.org/community and select your closest military installment. You can also become part of their Facebook community to stay up to date on events.