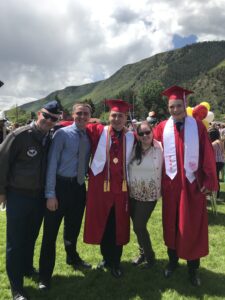 Here at Powerhouse Planning, we love to highlight the superheroes on our team—the amazing individuals who tell the stories, in words and images, of the people and businesses we’re so honored to support. And in this edition, we’re extra excited to shine a light on the team member who tells the stories of our storytellers (and so much more)!

Heatherlynn, aka H. (don’t you dare call her Heather), has been with Powerhouse for three years. She’s a technical writer and Powerhouse’s newsletter coordinator whose work with clients has included Cape Henry Associates, MILLIE/Agent Intel, and Operation: Job Ready Veterans, just to name a few. She’s also a contributor extraordinaire to Powerhouse’s own content, including our team member spotlight pieces.

And right now, at this very moment, Heatherlynn is asking herself why she came up with the questions that inform this story—probably because she was hoping that spotlight would stay far far away from her. She’s much more content to be the one cheering for others (e.g., her work colleagues, children’s sports teams, and such) and happy to do so from somewhere less, let’s just say, front and center. And while we love that about her, sometimes you have to let your self shine (or at least let someone else shout out to the universe how remarkable you are).

With over 25 years under her belt as an Air Force military spouse (her husband Ben is a retired full-bird colonel), Heatherlynn is a staunch supporter of military families. She is credited with creating and implementing several programs designed to support military families that were adapted for use by the greater Air Force. If you’ve spent more than two minutes connected to the military community in any way whatsoever, you know what a phenomenal accomplishment that is. It’s difficult enough to build a program, let alone get buy-in from the military to implement and scale it! 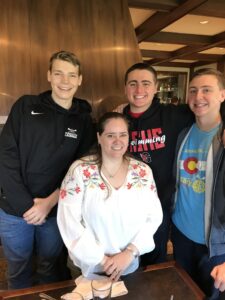 students from Spain, Italy, Japan, and Germany. The couple can proudly boast of having visited all 50 states and several countries as well. Their current traveling goal? A complete list of our nation’s national parks and quirkier landmarks. Not sure what constitutes a quirky landmark, but we’re envisioning the world’s largest ball of yarn and such. We demand photos.

In her free time—when she’s not working, or advocating for military families, or being a wife and mom, or jet-setting to glamourous locations like those states you always forget when you’re challenged to name all 50 U.S. states—Heatherlynn loves to read, binge-watch TV, and putter around the kitchen experimenting with how to make food that still tastes delicious for folks with food allergies. She’s also inclined to experiment with new recipes when company’s coming to eat, which is either the craziest or bravest thing we’ve ever heard of. Rumor has it she’s got the pizza delivery number on speed dial for emergencies.

Heatherlynn, like all of us who work for Powerhouse, loves getting to work for a company that feels like family and that is committed to giving back to the community (10% of Powerhouse’s revenue goes to charitable causes). Her only regret working with Powerhouse? She wishes she knew about it when she was an active-duty spouse!

As for us, we think Heatherlynn is a rock star. And we’re so glad she’s part of our family!