From Mermaid to Tent Keeper, One Small Business Owner’s Hope to Bring Joy to Women Everywhere 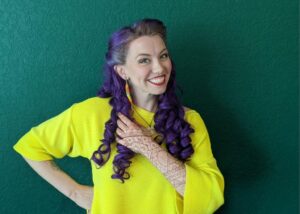 Military spouses often find themselves needing to use their degrees, job training, and career experiences creatively. Aj Smit, the Armed Forces Insurance 2020 Lackland Air Force Base Spouse of the Year, certainly found a way to use her theater degree from the University of Northern Iowa and a dream from childhood to spread joy wherever she is stationed.

Smit has been a military spouse for eight years, living in Hawaii, Germany, Mississippi, and now Texas, but growing up in Northern Iowa she dreamed of the ocean. She remembers, “I always wanted to be a mermaid growing up, like people want to be a teacher or astronaut.” While she knew it probably wasn’t possible, she says, “[I] saved my birthday wish each year for this absurd thought, that I could be a mermaid someday.” She remembers wishing each birthday from ages 4 to 22, “Dear God, please let me become a mermaid. I don’t even need to breathe underwater, just the fins would be fantastic.” Then on her 23rd birthday, while looking for mermaid books, she “came across another article about a professional mermaid” and was immediately excited to find that, yes, in fact, people will pay you to be a mermaid. Soon after she got a monofin—a fin that both of your feet are attached to—and later added a tail, beginning her career as a professional mermaid.

She loves bringing “joy, whimsy and wonder to the world.” One of Smit’s early business avenues was performing for mermaid birthday parties. She explains, “At Hickam Air Force Base we could swim out farther down from where the kid’s party would be, and I would tell the adults where my treasure chest was so they could grab it from the hidden spot.” The chest would have books and treasures for the children, and Smit would know which child was the birthday child and call him or her by name as she swam into the party. She would lead games, swimming, and songs and “teach them to speak like dolphins (a lot of high-pitched yodeling, sorry parents), and they would just glow from happiness.”

As her career choice was unique, and military spouses move often, opening her own business seemed like the best way to continue performing. Because her talents and skills were focused on the arts, Smit’s challenge was the paperwork, record keeping, and other administrative duties required when running your own small business. She shares of growing as a businesswoman, “It’s something I’m always reminding myself of, and if people can take that from the get-go and be organized and make sure to keep your paperwork straight, everything else will be easier.”

Charting professional and business growth is at once one of the most exciting and terrifying parts of owning a small business. Everyone wants to ensure that they are building on their dream and successfully impacting their chosen field. Just remember there are countless parts to the professional success puzzle. For inspiration, ideas, and ways to have fun while building your small business, follow along with Powerhouse’s 20 Tips in 2020 series. Each month we’re offering 20 tips based on a different aspect of the small business enterprise. You just might find the one piece missing from completing your professional success story.

Ways to Measure Your Professional and Business Growth

It is quite easy to convince yourself that you need to be fully engaged and involved on every social media platform. That you need to follow every marketing expert out there. That you need to measure All. The. Things. There are two problems with that strategy: First, you don’t have time to do all that AND successfully run your business. And second, not every tool, trick, and measurement are relevant to all businesses—or even to your business all the time.

Of course, you want to be able to measure your business growth. But how do you do that strategically and in a way that results in useful information?

Decide what you will measure. Your options may feel overwhelming. There are metrics for pretty much everything—engagement, performance, retention, traffic, reach—you name it. Is information power? Yes. Is it also potentially crippling when you’ve got a million data points and no idea what to do with them? Also, yes.

Start with your goals. What does success look like for you and your business? How can you know if you’re growing or stagnant? Sales? Revenue? New customers? Social media fans? Your answer won’t be the same as that of others in a different industry or at a different stage of their company’s existence.

What will your key performance indicators (KPIs) be? In other words, what will you measure that tells you how well you’re achieving your business objectives? If you’re unsure where to start, begin with revenue (what you’re bringing in after accounting for discounts and returned merchandise), customer acquisition cost (the amount you spent on marketing divided by how many customers that yielded), and marketing return on investment (divide your marketing spend by your revenue). These three metrics will show you if your marketing activities are impacting your bottom line or if you need to think about another approach. END_OF_DOCUMENT_TOKEN_TO_BE_REPLACED 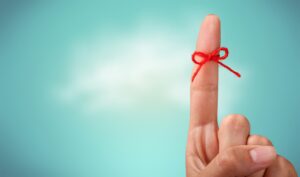 In business, the way you behave strongly influences how others see your level of professionalism. Doing or saying the wrong thing can negatively impact your career more than you may realize. By understanding the influence of business etiquette and recognizing what matters most, you can set yourself apart professionally.

Tip #1: Be Aware. Names are one of the first pieces of information we learn about someone, and remembering someone’s name is more beneficial than you think. If you have trouble remembering names, try repeating the name back to the individual as you interact. Writing down a name and job title with some brief notes about the circumstances in which you met can help for future connections and references as well.

Tip #2: Use Your Full Name. Introducing yourself by your full name distinguishes you from anyone else the individual may know with your same name. In addition, knowing your full name will make it easier for others to find you after the meeting or conference on sites like LinkedIn so you can stay connected and build your network.

Tip #3: Be Mindful. Do not walk into someone’s office without announcing yourself. Imagine how you feel when someone walks into your office without notice and interrupts your train of thought or important business call. Remember, the perfect time for you to talk about something may not be the ideal time for someone else. Take a minute to send an email to find out what time works for both of you.

Tip #4: Know Who Pays When. If you invited the client or coworkers to coffee, lunch, etc. for a work meeting, then you should pay. It does not matter if it is a quick meeting or note, the tab is your responsibility when you invite others somewhere.

Tip #5: Limit “Thank You.” Being polite is important, but in the professional world, it is more about minding your p’s and q’s and less about making sure to say thank you consistently. One confident and sincere thank you is sufficient, but being overly thankful may make you seem insecure or insincere. END_OF_DOCUMENT_TOKEN_TO_BE_REPLACED

“Jessica Bertsch and the Powerhouse team fully exceeded our expectations by planning our #GivingTuesday social media campaign within a very short timeframe. The creative and conceptual designs were excellent, and we enjoyed working with Jess and her team. Thank you for helping us reach our #GivingTuesday goal and laying the groundwork for future social media campaigns!” 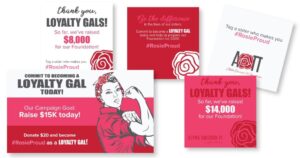 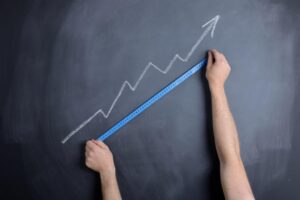 Measuring professional and business growth is one of those pesky chores that can be fun, can be painful, and can really help to point out areas where we are succeeding and areas that can definitely use some improvement. Remember that small businesses will, most likely, have growth spurts followed by long plateaus, so don’t be alarmed if your business/professional growth chart seems stagnant. Just make sure you can identify areas for improvement and focus on those.

Want an overall idea of how to measure professional growth? Check out Leigh Espy’s “7 Great Ways to Measure Career Success – or Signal It’s Time to Make a Change.”

Want specific tips on how to measure small business success? Forbes has some places to start.

Looking for growth strategies? Fundera has some ideas on strategies for small business success.

If you find you need some help bolstering an area of your business to ensure you reach your growth potential, check out the ways Powerhouse can help you be the most successful you can be.

Giving back and making our communities better are fundamental elements of our Powerhouse culture. Through our “Share the Goodness” program, Powerhouse gives 10% back each year to causes that are important to our freelance team members and their communities. To inspire even greater impact, we love, love, love to highlight the goodness offered by a nonprofit organization so you can learn more, volunteer, and/or donate.

This month, I was truly excited to have the opportunity to share what Bunker Labs is doing for our military community of entrepreneurs. I first attended a “Bunker Brews” local networking event a year ago, and it was then that I witnessed the true spirit of community among entrepreneurial changemakers. I can still remember the host warmly welcoming us and quelling our nerves about the anticipation of networking: “You’re at a ‘networking’ event—literally EVERYONE here is excited to meet you!” Thus, an evening filled with uplifting conversation and motivational (and sometimes hilarious) stories from successful local entrepreneurs ensued. Everyone left the brewery that night with an expanded LinkedIn network of like-minded friends and a few new great insights to power the workweek.

Bunker Labs is a nonprofit 501(c)(3) organization that seeks to serve veterans and military spouses on their entrepreneurial journey. According to the Bunker Labs website, 25% of transitioning service members want to start a business and desire the support to help them successfully launch one. With a coast-to-coast network of local chapters throughout the United States, Bunker Labs provides the military-connected community the networking support, tools, and resources needed to successfully start their own businesses—and these services are free of charge.

We recently caught up with Kirby Atwell, CFO of Bunker Labs, who was a member of the very first cohort to go through Bunker Labs in 2014 when it had just started. Back then, Bunker Labs was a mastermind group of 30-40 Chicago-area entrepreneurs who met weekly to support each other’s work on building their businesses. Atwell shares, “This was a tremendous help for my business, so I knew I wanted to be a part of this mission in the future. I stayed involved and volunteered in different capacities for a few years and then joined the staff as the COO (and eventually the CFO) in 2017.” END_OF_DOCUMENT_TOKEN_TO_BE_REPLACED