The Ebb and Flow of Owning Your Own Business 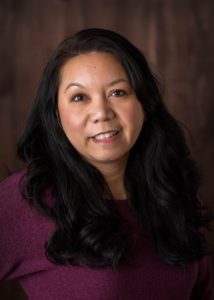 Working for yourself seems like a dream job—and it can be, but it can also be fraught with situations and issues that trip you up. Entrepreneur Mylene Hollick, a military wife and mother, knows about those potholes firsthand.

A graduate of North Texas University, Hollick put her career on hold after her two children were born. As a military spouse, she says it was important to be home for their family, while her husband’s service required him to travel often. As her kids have grown, she felt the urge to refresh her identity by founding Jetset Destinations, an independent travel agency, in late 2015.

Hollick saw current and future flexibility as a top priority when it came to re-entering the workforce, something that employment at an established travel agency couldn’t necessarily guarantee her.

“I started my own company because it gave me the flexibility to set my own hours. I still have kids at home, so I want to be able to be there for them whenever they need me. Also, starting my own travel agency means that I can move as my husband moves. All I really need is my laptop and really good Wi-Fi,” she said.

Starting this business wasn’t clear skies and smooth sailing, though. Quieting her inner critic has been important in finding success.
END_OF_DOCUMENT_TOKEN_TO_BE_REPLACED

Want to make something social media friendly? Add a visual. Data reveals that pictures and graphics drive online traffic by grabbing audience attention, but with text posts, less is more. Research conducted by BuzzSumo showed that Facebook updates containing images had over two times more engagement than posts without.

A sound social media strategy can help build brand loyalty, invite new customers to test drive your products or services, and grow relationships with other brands. But staying current on trends is not always easy, as algorithms change frequently. That’s where our experts come in. The Powerhouse team can do it all: create graphics, assist with a social media plan, and guide you on branding. Check out our list of services and let us work with you to stand out from the competitors in your industry: Powerhouse services.

Make Your Business Go Viral with a Media Strategy 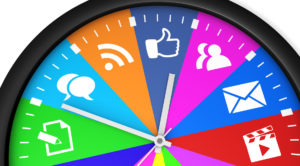 Twice as many people get their news from online media organizations than from people close to them, according to a 2016 survey.

Pew Research Center found that 36 percent of Americans choose to read or watch news online compared to 15 percent who receive it from friends. While word-of-mouth advertising is a lucrative way to multiply a customer base, it seems that media consumers rely on professional organizations as their go-to source for current news. These findings can translate to business growth for companies who implement a media strategy that gets their brand in front of reporters.

Whether you are a brick-and-mortar business or operate solely online, establishing brand recognition can be pricy and take longer than your bottom line can endure. But developing relationships with relevant media outlets offers an alternative way to reach a larger number of potential customers without busting your budget.

END_OF_DOCUMENT_TOKEN_TO_BE_REPLACED 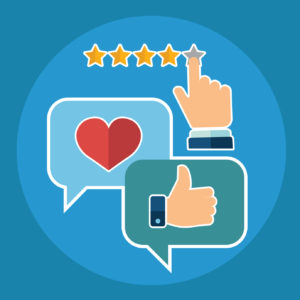 If you work hard to establish a partnership with a brand, do you have to continue working hard to maintain that relationship?

Absolutely not. But you do have to keep in mind that the business world is made up of relationships. Take a look at retail corporations all over the world. They worry about customer retention while continually devising marketing strategies to ensure that the relationships they build with customers go beyond making purchases. They don’t solely want you to step into their store to buy, but they want the type of relationship with you that is mutually beneficial for both parties. Once you’re happy with their services and products, they gain a loyal customer who will spread the word within your social circle.

Think of your business in the same way major retail corporations do. With the amount of competition out there, you should always stand out and go above and beyond what other companies are doing. Continuing to move forward with a brand beyond the contract can also open the door for future opportunities. Similar to how retail corporations interact with shoppers, you’re building a relationship with the brand that is built on confidence.

I am going to share with you three easy ways to nurture your brand relationships. These three tips will ensure you are giving clients the right amount of attention and exposure while demonstrating to them your willingness to build more than a business partnership and showing pride and passion in your work.

END_OF_DOCUMENT_TOKEN_TO_BE_REPLACED

“We do a ton of work in external communication. We provide website design and development day after day for our clients. This past year we decided it was time to focus on us, too, and we rebranded our website. It’s incredibly important to keep things fresh, and we’re pretty happy with the before and after proof of our work we did for our own company.” 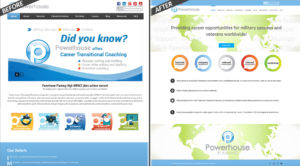 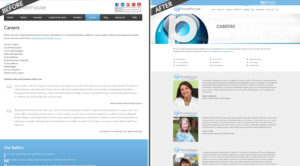 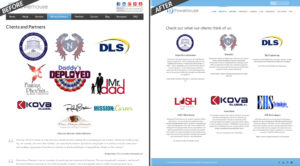 Interested in learning how we can help your company grow in regards to a branded/rebranded website? Email us at admin@powerhouseplanning.com. We’d love to be on your team!

There are various nontraditional ways to use the tools of the internet to help grow your brand. Whether it is sourcing relevant content to schedule on social media, or staying up to date with trends within your sector, using what already exists online offers key benefits. Below are resources that can expand your competitive advantage by growing your awareness of industry news, establishing your credibility with media outlets, and connecting with influencers relevant to your brand.

Google Alerts: Google allows you to set up alerts on topics that may be relevant to your company, which include your industry and competitors. This feature also delivers daily content to your inbox that is ideal for social sharing. It sorts through all of the information on the web and sends links with your desired phrases directly to your email. TIP: Always set up Google alerts with your name and your business’s name so you know immediately when your information is included on another site.

Help a Reporter Out (HARO): This free service (basic package) can help you become a sought-after expert in your field. By subscribing, HARO will connect you with requests from journalists who are working on a story. Queries are delivered to your email three times per day, and if you see a subject matter request that fits your expertise or someone else’s within your company, you can respond and potentially become a source for a journalist. In turn, you essentially get free advertising to their readership because your name and business are now out there. This also allows you to build up a portfolio for a media page on your website.

BlogDash: Word-of-mouth advertising is one of the most successful means of gaining attention for your business. Bloggers have an established network of followers who often trust their recommendations. BlogDash gives you access to their blogger community to help with outreach on content you want shared. This service does come at a cost that varies depending on which package you choose. TIP: Blogging is a common profession within the military community. You can build your own distribution list by crowdsourcing on social media the names of popular blogs. 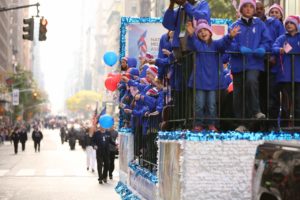 Of the 1.5 million nonprofit organizations within the United States, approximately 45,000 declare service members, veterans, and their families as part of their intended audience, according to the George W. Bush Institute and Syracuse University’s Institute for Veterans and Military Families. With those sort of statistics, it is likely the military community often sees the creation or exit of many philanthropic institutions. One, however, has succeeded at being a steadfast player in the military sphere: National Military Family Association (NMFA).

As a group whose existence has exceeded the length of the typical service member’s career, NMFA remains one of the most respected military nonprofits in the industry. For the last 46 years, they have connected America to military families by sharing the everyday stories that accompany military life. They have unquestionable credibility, says Executive Director Joyce Raezer, one they have established by speaking from the heart with facts.

“We have an incredible staff and network of volunteers who support us in our efforts and believe in us,” Raezer said. “And we have loyal donors, some of whom have sought us out to support our efforts and sustain all the good we do.”

Being a long-term military service organization, the Association has seen nonprofits come and go, but has been able to stay secure despite many evolving components in the work they do.

“The big change for us is there are a lot more players serving our community,” Raezer said.

A crowded field means more competition for donor dollars, the ear of military families, and a voice in the press. For several years, they were the only nonprofit serving military families, so this was an adjustment. But their experience has made them a sought-after expert. The newer nonprofits refer to them for guidance on what issues should be fought for along with how to address the needs of military families. Similarly, professionals within the organization often brief elected leadership on what concerns they are hearing from members.

For 2017, the Association’s big external goal is making sure the new Congress and Administration hear and respond to the current topics facing today’s force.

“Internally, new data sources have been developed, and we are aiming to combine them with military family stories to reach those who are able to help,” Raezer explained.

Raezer and the National Military Family Association want to encourage more people to speak up about the challenges they are seeing within the military community, but she advises people to consider what resources are out there first. This advice aligns with other subject matter experts, who have repeatedly suggested that partnering or working with an existing organization may be more beneficial than starting a new one. Moreover, Raezer encourages people to answer these questions before beginning another organization or expanding one into other areas:

Is there someone else doing what you want to do?

Would it be better to partner with an existing organization than to go through the trouble of starting an organization from scratch?

The Internet has made it easier to locate the organizations already working on behalf of military members and their families. It has also brought about one of the biggest changes Raezer has seen in the nonprofit sector—the implementation of social media.

“Social media has been key in communicating with our constituents,” Raezer said. “We have more than 85,000 engaged followers on Facebook and another 21,000 on Twitter.”

NMFA uses Twitter to help reach out to the press, Congressional members, celebrities, and other partner organizations.

“We’re always experimenting with other platforms, from Instagram to Pinterest and LinkedIn, to be sure and communicate with stakeholders where they are in a way they like to receive messages,” she said.

The Association has been able to withstand an evolving nonprofit sector and keep up with trends by constantly adapting the organization to the critical needs and concerns of the people they serve. With a proven track record that spans five decades, NMFA continues to lead in a crowded pack by staying true to the foundational principles that incorporate the voices of members into the work they do. From awarding spouse scholarships, to sending military kids to camp, to testifying on Capitol Hill and hosting social media networking events, NMFA utilizes feedback from the military community to ensure impactful programming that actually makes a tangible difference in members’ lives.