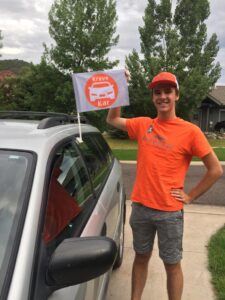 Bringing a Big-City Amenity to a Small Town

When Tim and Courtney Madden met, they were young students at Penn State who dated but then went their separate ways. Little did they know their story was only just beginning and would, eventually, lead to Courtney starting her own business with Tim acting in many advisory and support roles for that business. In the eight years between Penn State and reconnecting in 1998, Tim joined the Navy and served as a diving officer on the USS Salvor in Pearl Harbor, Hawaii before starting an IT career first in Denver and then for Colorado Mountain College in the small, mountain town of Glenwood Springs. Courtney spent nine months in Madrid after graduation before returning to the States via Dallas, TX where she settled into a career as a fifth-grade bilingual teacher as well as a middle school Spanish teacher. When they married in 1999, the couple decided to make Glenwood Springs their home, where they could be near the world-class skiing resorts of Vail and Aspen. Four children later and the Maddens have become well-known fixtures in their community.

In early 2019, Courtney decided she was ready for a career change and started looking into various opportunities. A family friend, entrepreneur Johnathan Gorst, was looking to start a new restaurant delivery venture and the two began talking about the possibilities of teaming up. Before they could start operations, however, life happened, and Johnathan and his family moved to New York. Courtney was left with a concept and a desire to open KraveKar, a restaurant delivery company that contracts with locally owned restaurants to deliver meals to both hometown residents and the many tourists who flock to the town annually. It was a service not previously available to the town, but one many out-of-town visitors from the big cities expected and many residents longed for.

The idea is simple: A customer uses the KraveKar app or website to select a restaurant and places an order. Then Courtney and her team of dedicated drivers pick up the food and deliver it wherever the customer chooses, whether that’s home, a hotel, a park, or the world’s largest hot springs pool, which just so happens to be a major tourist attraction in town. While it works similarly to many of the national companies who offer this service, KraveKar comes with that small-business attention to detail. If part of your order is missing when it’s delivered, Courtney and her team will go back, pick up the missing items, and deliver them as part of their service. They’re also actively involved in the entire process, from cultivating relationships with local restaurants to driving the car that delivers your food. Courtney doesn’t believe in a hands-off leadership approach. END_OF_DOCUMENT_TOKEN_TO_BE_REPLACED

According to the National Center for Charitable Statistics, nonprofits contribute around 5.6% of the nation’s GDP (gross domestic product). This isn’t an insignificant number, and nonprofit growth is on the rise. While most nonprofits in the United States have operating budgets under $500,000 (only 5% operate at $10,000,000 or more per year), this doesn’t mean nonprofits don’t have room to grow and expand. Just remember to be true to your mission and build on the trust of your communities and partners.

Powerhouse Planning can certainly help. Whether you outsource various projects to us to keep your operating costs down (which means more revenue for your target populations) or you want some self-guided ways to grow, check out our resources and services we offer. Powerhouse is committed to helping nonprofits grow to meet their full potential.

Powerhouse Planning is so excited to share that Jessica Bertsch will be speaking alongside Dr. Gary Chapman during PILLAR—the digital retreat for deployment countdowns!

During his session, Dr. Chapman will answer viewers’ questions about how military couples can show love and support over a distance.

Jessica is looking forward to talking about Finding Joy (Even When You Count Down!) and sharing her favorite tips for finding joy with your spouse, your littles, and yourself. 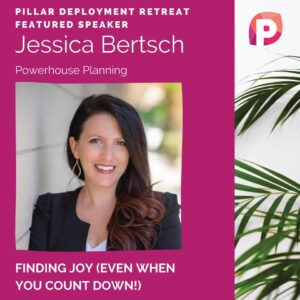 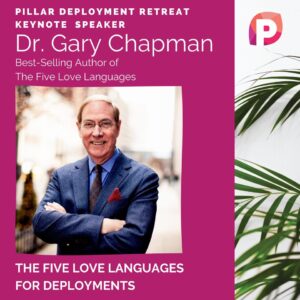 Four Tips for Growing Your Nonprofit 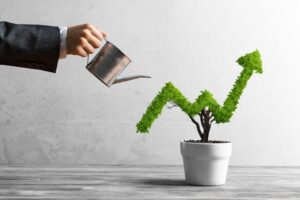 We understand that starting and maintaining a nonprofit can have its challenges. We’re here to help! Here are four ways you can grow your nonprofit into a successful organization.

The more often you communicate and build trust with donors and followers, the more inspired they will be to continue supporting your organizations mission. END_OF_DOCUMENT_TOKEN_TO_BE_REPLACED

Manners Matter When Growing Your Nonprofit

When you think of etiquette, you likely think of things like keeping your elbows off the table or not talking with your mouth full. As a society, we have certain rules or conventions we’ve agreed to regarding the proper way to behave in certain settings.

Well, business etiquette is the same thing: It’s about how we behave or interact with others in our work environment. And while most of the personal rules we tend to agree on apply in a work setting as well (nobody needs to see your lunch while you’re talking about your fundraising goals for next quarter), here are three tips specific to business etiquette and growing your nonprofit. (And yes, like your mama told you, manners DO matter.)

1. Be responsive. Whether it’s with the people you serve, your volunteers, your funders, or your critics, show them you’re listening. It’s great to be passionate about your mission. It’s better still to make sure what you’re offering aligns with the needs of your stakeholders. Are you paying attention when your clients tell you what they need? Are you delivering on promised deliverables to grant funders? Are you communicating—both when things are going well and when you hit an inevitable obstacle or challenge?

You want buy-in from others if you’re looking to grow your nonprofit. An easy way to get that? Let them know their feedback matters. END_OF_DOCUMENT_TOKEN_TO_BE_REPLACED

“The best part of working with Powerhouse is the comprehensive nature of the team. I can discuss the business as a whole and what the needs are, rather than a narrowly defined role that only handles one aspect of the business. Powerhouse has been key in getting me to start thinking outside of just what I’m capable of as a solopreneur.”

Learn more about our partnership here: Hiring a Virtual Team for Your Rental Property Business 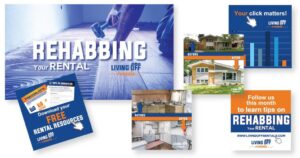 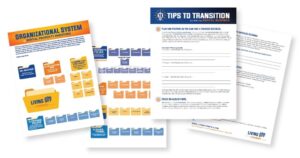 Growing your nonprofit can seem like an impossible task at times. How do you balance meeting the needs of those your currently serve with your desire to reach even more worthy individuals? One great way is to improve or rethink your marketing strategies. The Balance Small Business has a great resource for marketing your small business. And, of course, Powerhouse has the expertise to put any plans or dreams you may have marketing-wise into action.

If you need to improve your management style or techniques to more effectively and efficiently administer your nonprofit, check out the Free Management Library resources. This free site has tons of articles focused on improving management in order to grow your nonprofit resources.

Finally, we’re living in a trying time for nonprofits. COVID-19 has had an unprecedented impact on how we all operate and live our lives. Check out this free resource for nonprofits on how to mitigate the effects the global pandemic has had on our society and how to reorient your nonprofit to continue to meet the needs of your target populations. 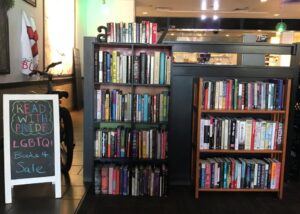 The stories we tell matter, helping us process the lives we have and dream of the lives we could have. Diverse representation in stories helps us see ourselves more positively and the lives of others with empathy. The Kentucky-based nonprofit organization Read With Pride is working to help stories from the LGBTQIA+ become more visible.

In 2019, graduate students Kadee Whaley and Alyssa Sciortino noticed a need through their work. Whaley has been an educator for a decade and is currently a PhD candidate in English at the University of Kentucky. Sciortino is a pediatric Speech Language Pathologist (SLP). Sciortino explains that she has often been inspired to “push [her]self and [her] colleagues to recognize the need for diversity and representation” to better serve their clients. She observes firsthand how often toys, literature, and educational tools are lacking “not only images of cultural diversity but also diversity in body image, age, religion, disability, sexuality, and gender” and sees children’s literature as a way to help adults talk to children about topics they may feel uncomfortable discussing. Working with college students, Whaley shares how in her courses she encourages “students to consider the experiences of others” and feels a responsibility to encourage civic engagement as a means to “achieving equity for all.” Forming Read With Pride gave her an opportunity to put this into practice.

Starting in Lexington, Kentucky, Whaley and Sciortino hatched an idea to help put LGBTQIA+ stories into the hands of those who need them the most. The mission of Read With Pride is to raise awareness and readership of LGBTQIA+ authors and stories in Appalachia, and the ladies work to make these books available for purchase at various locations. With an inaugural event at the TriPride in East Tennessee, they began to see their mission take shape. Whaley explains that all of their books are available for under $10, and many are used or donated. She continues that part of their goals include making books financially accessible for their region, as many areas of Appalachia are dealing with “generational poverty and underfunded schools.” While the pandemic has caused a halt to many of the events they had planned in 2020, Whaley and Sciortino continue to find ways to serve their community online and in-person.